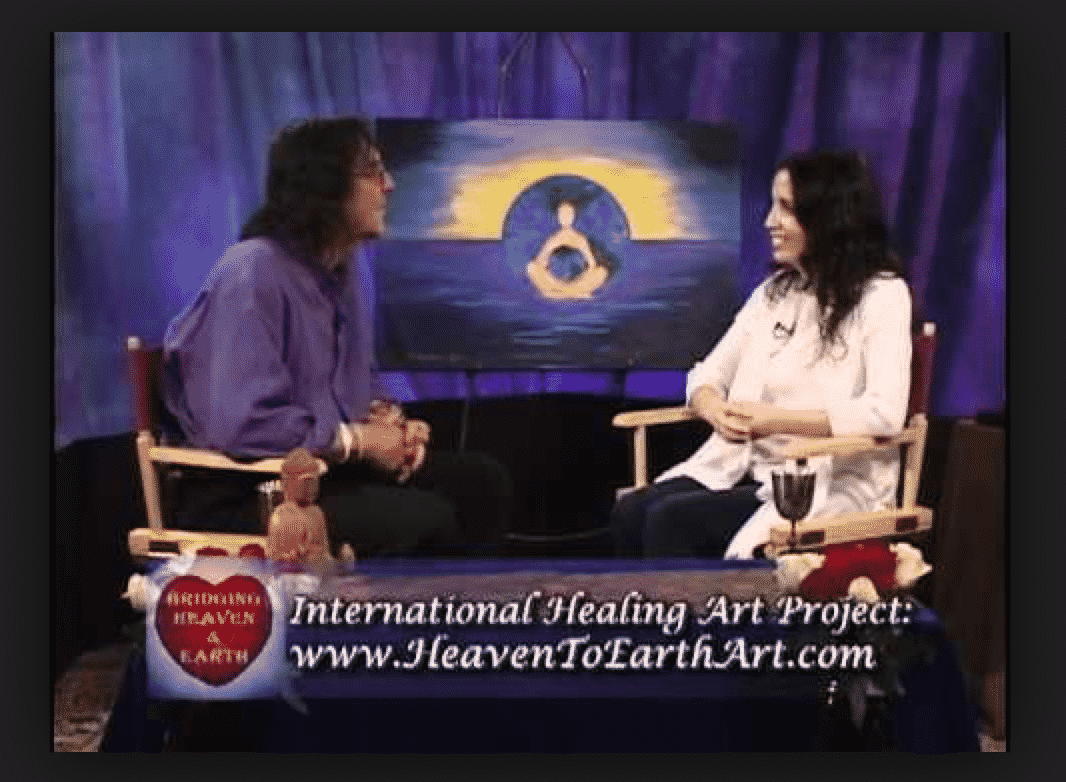 I have had a feeling the last few days. Not exactly a visit, but certainly a sense that a person I knew and respected is well and happy, and reconnected with his essence… more like realized what it was he had been doing and who he is. This is interesting because he only now feels like he is fully reconnected with his higher self, even though he passed away over a year ago.

When I was a kid, probably teen, there were only three tv channels in England. BBC1, BBC2 and ITV (the last would change name depending on where you lived). On BBC2, I think it was, there was a show with two North American hosts, a man who had long curly black hair, and a lady with long red hair. They would chat about healing, psychic abilities, planetary energies and also interview super interesting people.

In those days there was no way to record tv shows so they had to be watched live. I don’t remember if they were on during the weekend (probably first thing Sunday mornings) or during the week, in which case I probably watched them while playing hooky from school.

I used to love this show because it talked about things that in those days most people had no idea about. It was refreshing and made me feel like there were sane people out there in the world. While watching, I would often answer the questions the hosts were posing the guests, and in my mind, would have full conversations with them, as though I was in the show myself.

And then, one day, the show was gone.

Fast forward several decades to July 2011, a lady gets in touch with me, she says she is Allan Silberhartz assistant Donna, and that he would like to have me on his TV show. I was getting several requests at the time, so I asked her to send me links to his show, his website and anything else he might be doing to see if we were a good fit.

She sent me his personal email, phone and all the links I had requested. Well, can you imagine my delight and surprise to find out that Allan was in fact the long curly haired man from my favorite show all those years back!

I was super delighted. Donna explained about one of Allan’s projects, where the guest would create an art piece for the show, which they would sell and half the proceeds would go to the project. I thought it was such a magnificent idea that I agreed to create a piece for the project. Knowing how long it takes me to paint a full piece (yes I paint), I said I could probably get one ready in 6 months.

The show was scheduled and took place in December 2011. I got to meet one of my Earth Heroes 🙂

The journey down to Santa Barbara, where the show was recorded, was such an adventure. My friend Nancy drove, and we took my daughter Daniela, and Lance White, my friend and radio show host of a fireside chat with Zany Mystic. He had not been out of his house for years, and here he was on a 430 mile road trip with us girls. Nancy usually takes about 6 hours on that trip, she’s an excellent driver, super efficient and magnificent organizer. Well, we took about 12 hours because Lance and I wanted to stop, take photos, watch interesting stuff, shop for sexy shoes, and eat at every yummy looking place on the way there.  Let’s just say Nancy learned how to be patient and was a super good sport.

The next day we drove to the studio. Allan was very happy to meet with me too, and we had interesting conversations and a wonderful time. The day was long, and the show was not that well organized, which meant that although I had been called to the studio first thing in the morning, the show didn’t get recorded until well into the evening. We were both super tired by then.

During late 2013 (or I think it might have been January 2014) Donna contacted me again saying Allan wanted me back in the show. I thought about it, but it felt very much like this time I was not meant to come to the show. I didn’t quite understand why at the time, but I knew it was not going to happen. I told Donna that I felt I was not going to be able to support him or the show this time around. As it happened, Allan passed away in April 2014.

I think that Allan was, and still is, a magnificent person and a first generation way-shower. His show and his projects and website continue on, but the energy to me just isn’t the same there anymore. It probably resonates with others now.

Anyways, I want to share with you the abstracts from the interview we had during that December 2011 recording :).

The painting was purchased by a very gifted European artist, and it now sits in his livingroom. Funny about that painting. The beautify and energy of it doesn’t really come through the TV or computer screen, but in real life it was so full of life! When I was done and finished with it, I didn’t want to give it up, but I was kindly reminded that I had promised to deliver it… as it had already sold (before the show).

I hope you enjoy the show, and Allan’s energy and spirit.

You may also like: The 5d Dimension is a location not a creation