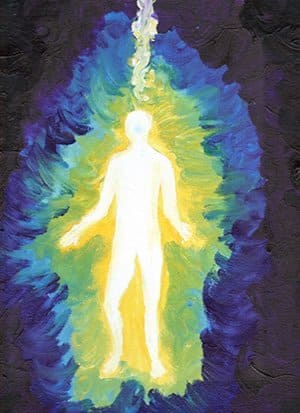 Growing up, and up to recently actually, I thought that DNA was static.  That whatever we came in with was it, like a solid structure that could not be changed. After all, we can’t really change our physical shape right? Become taller, shorter, change the color of our hair or eyes? So, DNA is fixed, I thought.

Then I heard of certain people who had become sick because a certain virus had changed their DNA.  WHAT?? I thought, our DNA can be altered in one life time?? Because you see, I thought that DNA change, or mutations, happened only from one generation to the next. Not so!  And… if a virus can change our DNA, what other things can change it?

As I researched this topic, I found all the information about DNA activation, “garbage” DNA being of alien origin, and lots more stuff.  One of the things that really got my attention was “spontaneous mutation”, something very common in other species on Earth.  And that, actually, generational mutation is really not the main form of mutation.

Then I remembered the work done by Hira Ratan Manek on Solargazing.  He had managed to change his physical essence to absorb all he needs nutritionally through gazing at the sun rise or sunset while standing barefooted on the earth.  Now, he no longer needs to eat in order to have the energy needed to live.  Awesome.

So, my main concern is Ascension of the Species.  Sungazing would certainly move us closer to this goal, as the “side effects” that Hiran Ratan Manek had were of bliss, enlightenment and sanity.

We all know that the Sun is not the only source of energy flowing through Earth.  And I do believe that the Solar System is moving through a very high frequency energy “area” of the universe.  Whether this area has come to us, or is a constant and we cross it every few thousand years, I have no idea.  But we are in it.

I also know that this particular energy field is a huge opportunity for us to evolve enormously as individuals as well as a species.  That was when it occurred to me that if we were able to consciously accelerate our DNA change (like it’s done through Sungazing), to resonate more purely with this new field of energy, or to be able to absorb it, or use it, more effectively, then we could really take off.

This is not an original idea at all of course, DNA activation is very known in the ascension circles.  And also, many cultures talk about a “light body” which will be the one we transform into at the moment of ascension.

And here is what I am proposing.  That, like sungazing, we accelerate that change of DNA to live in that higher plane, or from that higher vibration, now.  Why wait, right?

So, if we follow the sungazing model, all we need to do, is open ourselves to, and look at, the center of the galaxy, or our “higher self”, “God/ess”.  Traditionally we know that this energy comes in via the crown chakra. So we open ourselves up to it. We “look” at it via our 3rd eye and allow it to filter down into our energy body (all the chakras and auras).   It helps to visualize it as a bright light coming in and lighting us up like a light bulb.  We don’t really need a “picture” of what we want the DNA to look like, because we can’t presently conceive of its full potential.  So the best thing is, if your mind is really active, to imagine the light settling into the space between thoughts, space between molecules and space between atoms.  Go as deep as you can.  Fill all those spaces with that beautiful bright light.