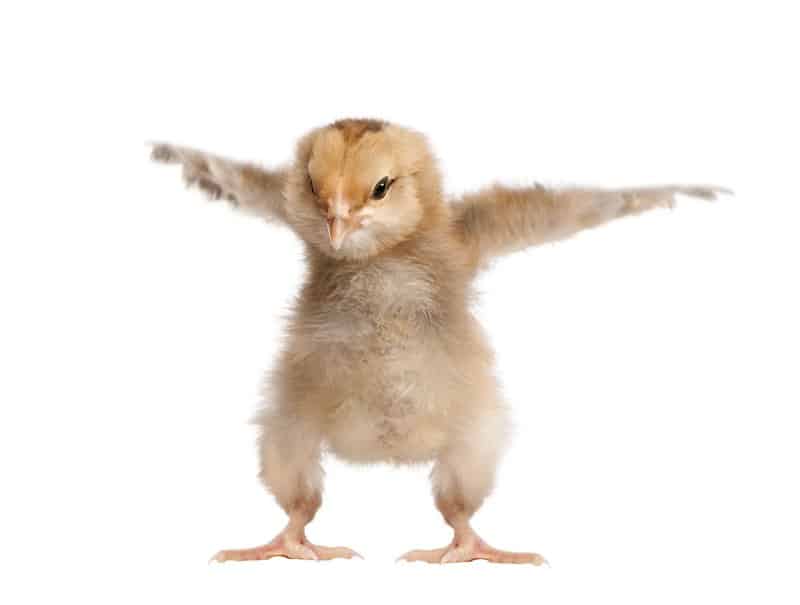 Chicken scratches? What on Earth is that, you might ask.

I want to tell you a story. It is a true story and the results have been quite significant. What’s funny about it is that I didn’t realize how significant it was until a few months ago.

This story started back in the last century around 1969 when I was three years old and visiting my grandmother in the country. At the time I lived with my parents in Chile, and my grandmother spent the summers at one of her family’s country houses in a small border town called Codegua.

The European settlers, in my grandmother’s case her parents, had arrived in the area in the late 1890s and built a beautiful little village consisting of a main street and one street going up into the Andes where the Native Americans still lived at the time.

As a first generation Chilean, my grandmother still held many of her ancestors cultural routines and lifestyle. Having also grown up in the area, she also carried many Native American traits, skills and knowledge. Her family owned several town houses in the village and large expanses of land further up the Andean road.

She would spend most summers at one of the village townhouses preferring it to her marital home, a large colonial house at the nearby city of Rancagua.

At the time, as a very young child, I remember loving our visits to grandma’s house in the country. This particular visit, like all the others, was at the end of summer. It was the very best time to visit because it was harvest time which meant fresh fruits, corn, tomatoes, onions, potatoes and so many other items being collected, prepared for winter and used for cooking really good food. The house would be filled with relatives and friends, helpers and one or more of my grandmother’s foster children. She had worked her entire life as a school teacher, and would always adopt a child from the Indian village up the road to educate, feed and clothe, in order that he or she would then be able to be employable and better the conditions of their people. In other words, the house was full. There was canning, drying, weaving and mushing. Food being cooked, animals tended to, and people coming in and out of the house all day long.

As a three year old, I wasn’t really much help with the chores and activities that ruled the world of adults and older kids. So, I would find myself a cool spot away from the house and just watch them. I also chased butterflies, played with the ants, made mud pies in the stream, and climbed trees. One day, as I was playing with some bugs, a chicken came up to me and ate them. She looked into my eyes, clucked a few times and then proceeded to scratch the ground in front of me in a very focused manner, pecking at invisible things.

I became fascinated at the intensity and concentration of her activity. Soon, another chicken joined her, then another. I was surrounded by chickens, all of whom were busy scratching, talking to each other and moving in forms and ways that showed a very elaborate and sophisticated communication system. It was like watching a movie, a soap opera. Watching them became my favorite new activity for the next few days. I learned that there was a boss hen, and secondary hens, that there were young ones that were allowed to play and break the rules whenever they wanted, and that the babies loved their momma.

One day, the flock was in the tomato field which was directly in front of the large covered patio area where most of the human activities were going on. I heard some adults arguing, watched them for a while, then right in front of me, two hens started fighting over a juicy worm. Both arguments, the human one and the chicken one, were just as intense and important to the participants.Then, at about the same time, the worm broke in half, making each chicken happy and back to their scratchings, and the two people who were arguing stopped and moved to different sides of the patio, continuing with their activities.

It took me a few minutes, but suddenly I saw it. Within each world, whether human or chicken, the argument, the activities, and the days were important and… the same! I remember my mouth agape in surprise. I felt my awareness move away from both, observing, understanding. I was old enough to know that chickens didn’t live very long, and had learned in the past few days that to them, their lives were long and social structure and scratching the dirt for worms and bugs was very important. And suddenly I also knew that people were just as involved in their activities and social structures as the chickens even though they lived longer. I became fascinated with the people there and watching them as they moved through the day and their activities. I saw day in and day out that what had been critical or important the previous day, seemed to simply vanish during the following days.

The day came when we returned to our own suburban house in the port city of Valparaiso, and it didn’t take long for me to forget all about the chickens and the people and the important scratchings.

Fast forward to October 2016, I was pulled into a familial situation which is rather unpleasant. Judges and attorneys became involved and it all quickly became extremely significant, taking up a lot of my time, focus, effort and funds.

My natural base state is one of happiness. But this situation kept trying to pull me down into sadness, pain and frustration. While on one of our many visits to California where this is happening, Larry and I were driving down the street and I could feel my emotional body bobbing up and down. I suddenly saw chickens scratching in front of me, in my mind’s eyes. Puzzled, I acknowledged the vision and went back to thinking about the situation I found myself in. The chickens appeared again.

And suddenly, I thought, “chicken scratchings”. I felt a huge “yes” from higher self. Understanding struck me like a thunderbolt. I remembered the scene, when I was a child, of the two chickens fighting over a worm, while the two adults argued just as intensely. I thought about it for a few minutes and wondered what would be a best way to spend my time here on Earth. And I came to the conclusion that it was in a state of awakened beingness. A state of high frequency expression. A state of Source incarnated and filled with joy, love, light and wisdom.

A smile crossed my mind and I was able to step out of my chicken scratchings because, just like everything else in life, this too will pass. Do I want to spend my time in the intensity and focus of the importance of chicken scratchings? Or in the bliss of a heightened state of awareness, “doing”, and co-creating an amazing Earth experience with every other empowered and awakened person that is on our planet?

I choose the second.

So, here’s the steps:

You may also find this interesting: Post event, ego crash symtomps or Feeling Offended, the Skunk of Ascension