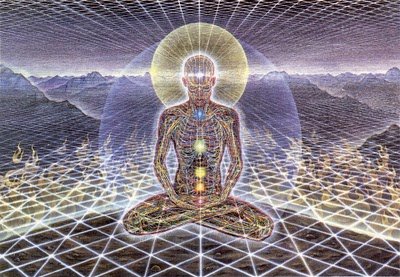 All the information in this site has one purpose in mind. To assist YOU with your personal ascension. To enable you to raise your own vibration.

Why? Because as you, yourself, raise your vibration, you also raise the vibration of the planet. But the elite want to stop us, the question is, can they?

Why is it so important to raise the vibrational level of the planet? Because if we don’t, then the shift we are moving through is going to be rather hard on the majority of the population, as well as the planet.

Some data came to me recently (update: in 2011) through an interview I did of whistleblower interviewer Bill Ryan.  He had received information that the world’s overpopulation, that the poisoning of the planet, the creation of famine, wars, and broken societies, were all a ploy by the elite to eliminate most of the population of the planet. Not because they want less people here, but because this is a method of filtering the “weak” from what they consider “strong”.

What does this mean?  He mentioned that the elite are working to get a very specific type of human and that causing all this hardship will result on only this type of human to survive.  This human, that they want, is physically strong, ruthless, conquistador style, and very easy to control (follows orders).  The reason they want this type of human is because this is the type that they need to conquer space.

The plan they have for lightworkers, anarchists, and mavericks, is to quickly round them up in holding camps and shut them up, so that they cannot organize a society that helps the masses.  Whether this information is accurate or not, is up for discussion.  But as we look around today, we can see that those in charge of governments, banking and industry are trashing the planet big time.

Yesterday I watched the news (I don’t it very often), and Obama was on talking about his new war.  The presenter said that the USA was in over 200 wars around the world at the moment.  I am hoping I heard wrong! This is at the same time that the USA population is suffering through one of the worst depressions in history.  Go figure.

BUT REMEMBER THAT THESE ELITE GROUPS ARE WORKING AGAINST A HUGE TIDE OF AWAKENING AROUND THE PLANET.

And that’s where we come in.  There are two main types of people on the planet, one is the extrovert, and one is the introvert. And then there are various shades of the two.  But we all identify with one or the other.

If you are an extrovert, then find others to organize yourself with to create, CREATE, the world you want to live in now. Start small, start with a few changes in the groups you already belong in perhaps, or supporting those groups a little more, start new groups doing the things that bring you joy.

If you are an introvert, do the inner work for our planet. Focus on the issues and problems we are facing, without judgment, without attachment to results.  Simply focus and allow the Divine Force to come through you to do what it best for us as a species.  Spend time in nature, spend time in quiet contemplation, do silent group meditations.

By doing one of these, or both, we are tapping DIRECTLY into the collective grid, awakening and strengthening it, empowering it even more.

How does that sound?

Related reading: How to deal with Perpetrators of Darkness