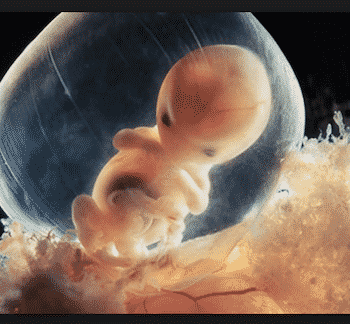 In my newest novel “Interview with a Psychic Assassin”, I explored the nature of Greys. In it, I mentioned some thoughts about Greys, what they do, their technology, and where they might come from. The discussion, in the novel, went on for about two pages and explored the main character’s experience with Greys during her military government training.

The thing is, looking at the evidence of our interactions with Greys throughout history, we start to see certain patterns that are replicated from culture to culture.

A few decades ago, for example, they were not grey but green. Little green men with big heads, large black eyes, small noses and tiny or absent mouths.  In modern culture we see them depicted as made of light, some very tall, some very small, some grey, some white, some blue, some good, some bad.

As our collective awareness field expands, and more individuals are starting to remember interactions with Greys, a huge collection of data is beginning to surface about them.

One thing is becoming clear. There are many shapes, colors and forms of Greys and they are not a new, or Western, phenomenon. What appears to be universally common, is that their heads all look like that of a human embryo.

Another aspect of the Greys, is that they appear to be more of a “suit”, than an actual being. It is almost as though their body is artificial, maybe part organic, certainly sentient, but the “driver” is elsewhere.  Communication between the Greys and humans is mostly,  if not all, telepathic in nature.

The “nature” of Greys seems to vary from shape to shape, and color to color. It is almost as though different species are using these Grey “suits” to enter into our system (solar and dimensional), to interact with us. Some people say their experience is they are treated by the Greys as though they were farm animals, others say that they feel highly identified with the Greys and consider them their real and true family – their human experience being a temporary experiment or mission.

And so far, apart from physical trauma to some of those who have been abducted, they have not used their technology to “invade our planet”, or “destroy us all”.

In the novel, the main character Ramona at one point says:

“People don’t seem to realize that if the Greys were malevolent, considering their abilities and technology, they could have wiped us out completely a long time ago. No question about it”

Yet, there is a lot of fear about the Greys.

From whistle blowers, and government leaks, we have been told, or shown, that the Greys whom the government have captured, or are working with, are not aggressive in any way or form. At least not physically. In fact, they appear to be very physically weak, and carry no weapons.In fact, if there was any aggression, it was from humans.

In popular culture we see Greys depicted as ruthless and violent, as harvesters that eat human flesh, as friendly cuddly and wanting to phone home, and everything in between.

This article is meant to open to the possibility of a broad spectrum of species presently using the Grey “suit” technology to interact on our planet.  Who made them? Who is developing them? When are they from? Where are they from?

When I look at them, I see an artificial intelligent biological “drone” as it were, that can house consciousness without trapping it. It reminds me somewhat of our own human bodies, except our bodies feel more alive. Our bodies feel more like highly intelligent elementals that need us (the soul being) to animate them and stay alive. Yet, if we were to take a human embryo before the soul entered it, added some sort of developmental retardant, made it grow to a useful size, included nano technology to allow it to exist in an environment outside the womb, and were then able to remotely “borrow” it to walk on distant times or planets, it would sure look like a Grey.

By the way, we are wired to forget what you just read above, so I would say go back and read it again, see if you saw it all, or forgot some already.