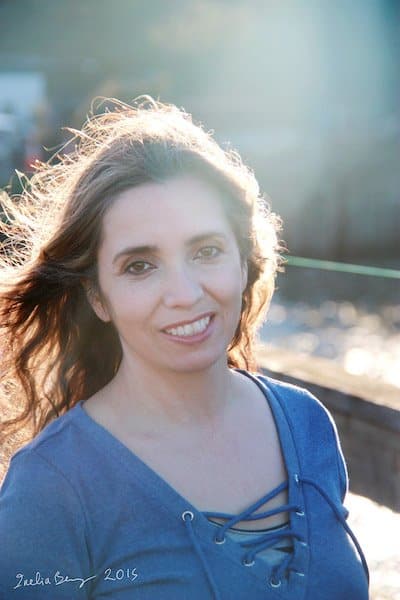 One of the topics I will be discussing at my Gathering at the Beginning of the World event in December 2015 are the Elemental Shamans.

Introduction to the Elemental Shamans.

In July 2015 Larry (my fiance) and I went on a hike with our dog Missy, my son Brett (age 9), and Larry’s niece and nephew (age 10 and 14). We were looking for somewhere quiet as the town was full of people (4th of July crowd), so ended up going up a road which has been closed for some years due to a landslide.

We drove the car up that road for what seemed to be a long time, way longer than we expected (the landslide was not supposed to be very far). Soon after we entered the road, I started “seeing” (perceiving with my mind’s eyes and energetically), several men on the edge of the road. They were mostly naked apart from a leather loin cloth type thing with pouches and hooks, they had weapons, long braided/matted hair (dark), their skin was white but adorned, and some had long braided beards. They looked quite young, in their 20s-30s but felt ancient. They moved through the trees and rocks following our car, super fast, and close to the ground.

Up the road, we saw a creek, waterfall and some rock water pools. Larry and the kids run up the creek. All of them called me over, but there was a barrier there, a no entry sign that I knew if I broke, I would suffer for it. So, I said I was going up the road instead and walked away. Larry and the kids disappeared into the woods. This, separating from the group, is a terrible idea in the wilderness. After a few minutes I realized it was a bad idea and started walking back.

A few minutes after that, a massive black fly started following me. It was very strange looking, changing shape physically several times. I then “saw” one of these men, he was older than the ones I had seen before and had a staff, not a weapon. He told me that we had to get out or he would take one of the kids. I saw the younger kids falling into the water, one of the pools had no bottom so it would take my son into the “earth”. I told him as the adult here, I owned the kids which meant without my agreement he could not take them or their lives.
He responded an adult was with them, and he was violating their sacred portal, no permission had been given, or requested, to enter. I told him that Larry didn’t know about these things, so could he give us a “pass” this time. He said that I had to tell Larry to leave immediately, or he would send a bear to chase him out and kill one of the kids.

I requested leniency, that Larry and the kids were innocent babies, didn’t know the protocol or how to carry themselves in sacred portal areas, or any area. He then went away for a few minutes. When he returned he told me that I needed to escort Larry and the kids out of their area, and take him (the elemental man) with me back to our village/home. We had agreement. I sent a strong message to Larry to get out of there immediately, and also texted him asking him if he was far. By now I was back at the car, which was covered in flies and mosquitoes. The road was super narrow, with ditches on both sides, so I was shown where to go to turn it around. Larry responded that he was on his way back. By the time I got back to the creek, Missy made an appearance, then older kids, then Larry and Brett. Brett was limping badly and soaked to the chest.

I told them to get into the car immediately, they opened the doors, but none of the flies or mosquitoes came in. I then drove them out of the area. Larry and the kids told me how crazy the hike had been, with kids falling in the water, slippery rocks, and he felt a bear nearby.
On the way back to Neah Bay, the shaman guy and I shared “consciousness”, he was fascinated with Larry as he is Makah, and according to him the last time they had conscious dealings with a Makah “shaman” (they don’t use the word shaman by the way – I am using it to make it easy to understand the story), was many, many years ago. I think probably over 100 if not 200 years.
Before I knew it, he “claimed” Larry as his.

After we got home, I told Larry my side of the story, what I had perceived and seen, and about the shaman elemental guy who was now sitting next to him.

Larry had been wearing a beautiful bead bracelet that he found outside Ilaria a few days earlier. The shaman guy decided that for Larry, beads were super precious and important. So he made him a string with beads, from his own collection, and gave it to Larry. Larry took it. The “marriage” was complete.

It’s funny that we see it as a marriage, for Larry it felt confusing because he has “marriage” as a thing that is sexual in orientation and as a heterosexual guy, it’s between a man and a woman. I told him it wasn’t marriage as we understood it. But it was a claim type thing. We didn’t quite get what it was until a few days later.

After a few hours of telepathic and sensory communication, the shaman told us that he wanted us to take him back to his land. I thought he wanted to go home, so projected the path back. He said no, he wanted us to go in our car. I got that he didn’t want to go home, he wanted to collect more of his kind to come here. I could not understand why they didn’t just come over.
Larry reminded me of the huge line that runs between the village and that area, where a “dead beach” is. Larry felt these people couldn’t cross that line. But somehow they are able to if I hold them in my field.

So, we drove back. The place we went to was not all the way up the road, but the start of the road. There were signs that a bear had been there a few minutes earlier eating berries. Several “elemental shamans” came into the car, and they asked permission for some warriors to come too. Larry said it was cool, so about 20 warriors got on the the roof and held onto the sides and back, and front, of the car. We drove back and it was super busy and noisy and exciting, until suddenly it became deadly quiet. When I mentioned this to Larry, he said we were coming up to the line.

I felt my field get super big, encompassing everyone in and on the car, and as soon as we passed the line, several of the warriors jumped off.
More jumped off in the village. We drove around as Larry wanted them to see the different land areas where the shaman shack might go to, their opinion was that none of them were suitable. But that they would scan the place out and let us know if they found a good place.

By the time we got home, only the first shaman was with us. His “claim” was super strong. No other of the elemental shamans or warriors could speak with Larry directly, they had to go through him. By now, Larry had established direct communication with the shaman.

Just a note, the “claim” we finally understood, the local Native American tribes would treat Spanish ships as though they were “drift whales”, this means that the whale is the property of whomever beach the whale drifted to and all other people and tribes had to go through the “owner” to get a bit of the whale. In the case of the ships, to have dealings and trade with the Spanish ship. Larry was treated like a drift whale.

Since then, we have learned that other local people have also seen them. There is an “official” newspaper report that mentions one of them from 2011.

They don’t make a gender distinction among themselves, dressing the same way and looking very similar to each other. Larry’s shaman was definitely male though. [as I posted the question, a definite “yes” answer came along. They are practically identical, and although they themselves can tell the difference, to outsiders men and women look the same]. Their main distinction is of whether one of them is a shaman (which has to do with communication and awareness) and warrior (I have so far not established why they need warriors, but they definitely have them).

As we have become more acquainted with each other, I have observed that they are super warm and loving. When we visit, they sit close to us, hugging often and kissing our heads (like one would do a little kid – this is how they greet each other). But they treat us as their equals. They are indeed super excited and interested in everything we do, and also show us about their culture, such as food, adornments, and their relationship with other beings, including the things we don’t see as “beings”, such as “light”.

They will most certainly be part of this event, so becoming aware of their existence, as well as processing any fears that they might trigger in us, is important.