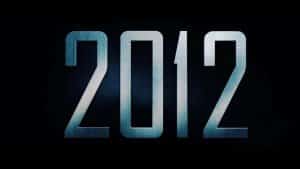 I have been asked various times what I see for us in 2012.  And as we move into this new year, there is a definite charge in the air about what will happen on the planet.

One thing is for certain, the “powers that were” have really stepped up the Fear Machine and we will probably see some drama coming up.

There are two aspects to the New Year. One is the end of the old, and the other is the start of the new.  Even though not quite aligned with the solstice, and natural Earth rhythms, the calendar new year is charged simply by being accepted and used by millions of individuals to have closure on certain things, and place intentions of new things to come.

Indeed, this is a perfect opportunity for all of us to ride this energy and enter new cycles.  What is your greatest dream? Daydream it as being a reality in 2012.

I sat with this famous year for a while now, and I am optimistic.  I see our role here on the planet as being successful.  That the transition to the new agreed reality (which is what a new paradigm is), be smooth and effective.

The cycles at a galactic scale are so large, the celestial bodies involved are so huge, that thinking everything will align in one hour of one day of one month in one year, is not logical or possible.  Unless, of course, enough human beings are convinced that this is going to happen. Then, the agreed reality manifests for all of us.

But at a galactic and planetary level, the shift has been happening for decades.  And during it, the “powers that were” have been busy trying to stop it.  They have a huge amount of time and wealth invested in keeping an enslaved reality, and for the majority of their brethren to move to an empowered paradigm fills them with fear.

But that does not concern us.  What choice they make is theirs alone.  Their path, the path of power over others, of victim/aggressor patterns, the path of learning through suffering, of pain and shock, that path is as honorable as the path we choose to move into.  But the two are simply incompatible now.  We cannot co-exist in the same planet and have both running side by side. The shift happened earlier this year at an energetic level, now it is manifesting at a physical level.

How do we move out of their reality? All we have to do is say “NO” to their actions and reality, stand in our power, raise our vibrational level and infuse our planet with light and love.

There is a window during this year that might be forced open by the other side.  If this is the case, it is really not something I am that concerned about.  The window is called “Three days of darkness”.  During this period the population will be strictly split between those who are still based on fear, and those who are heart centered.

In my viewing, if this window opens, it will indeed provide an opportunity for the shift we experienced in August to manifest at a collective human level in a rather brutal fashion.  However, billions of individuals have incarnated on the planet at this time, and for decades now (including you), in order to make the shift a joyful, smooth, and empowering one for as many people as possible.

But at the end of the day, all that happens on the planet, at a global and local level, is a collective decision.  The Hundredth Monkey effect.  The consensus.  And I honor that completely.  This includes the manifestation of “the powers that were” and all their wars and atrocities.

I myself am nothing but a manifestation of a collective call for help in raising the vibrational level of the planet.  If I was manifested as a human being to carry out this role, then nothing can stop us as a species in manifesting the most amazing and awe inspiring reality where we can continue to play and “experience” life as a species.

I am indeed very, very optimistic.  This next year will see an enormous awakening, a growth of individual power and ability, and a return to our native abilities.

We humans are about communication. We are about Divine Unconditional Love, we are Source manifested.  What we can do as we unite is unimaginably great.  Gaia already made the jump in 2010… now she is simply waiting for each of us to do the same.

Process the fear around 2012.  Raise your vibration. Learn about your nature, bodies and power. Infuse your body, surroundings, and the human species with light and love!

Related reading: Are you waiting for the event? Well… it happened!