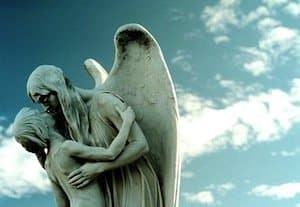 When I released the WE ARE ALL GOING TO DIE -Not. article, someone asked, “what about doing sex in fifth density ? … we would be immortals ?”

Sex is not necessary to start a new physical body. Cloning involves the cell of only one animal, not two.  At a physical level, what sex does is create a more genetically varied body than we can achieve by cloning. Life in this planet doesn’t all begin through sex. There are various forms of physical reproduction methods, many of which only involves one being, not two.

But there is much more to sex than producing bodies.

However, there is more to sex than just making physical bodies. At least as far as Human Beings are concerned.  The energy used and gathered during intercourse has been used as a tool for enlightenment in various cultures. India being the best known to us, via the use of Tantric Sex.

The energy released during orgasm has also been used in various cultures to manifest and create particular outcomes in our environment. The best known method in the West is that used by Magik.  This is the method where the person, or two people, release their creative intention at the moment of orgasm through thought and emotion.

Both Tantric Sex and Sex Magik can be practiced with another person or by oneself.

Anyone who has had an active sex life will know that not all sexual sessions, nor orgasms, were created equal.

First of all, sometimes our physical bodies will be attracted to another “body”, even though the person inside that body might be repulsive to us.  This is often due to the other body being biologically very compatible.  And the reverse also happens. Our “soul”, or “spirit” is totally in love with, and wants to be with the other person, but our bodies will be repulsed by their body.

And this is more like what sex in subtler dimensions is like.  It is about energy compatibility and “joining” than physical compatibility for reproduction purposes.

Even now, think of your partner, if you have one, or a partner that you are considering.  Now look into that “joining” and ask yourself, “do I really want to merge all my energy and being with this person? Or do I just want to join my body with theirs?”

You will get surprising results.

One of the main aspects of sex is physical, mental, energetic, and emotional pleasure.  Pleasure, or bliss, is also the energy of enlightenment, which ultimately is about become One with Universal Divine Consciousness.

For a deep exploration of this important subject, and manifesting exercises get:

Sex, Love and Soulmates in the New Paradigm

For more about sexual energy, read this article:

Carnal Pleasures and the Ascension Process – Sex and Enlightenment

So, will we be “doing sex in fifth density?” If we want to, yes.