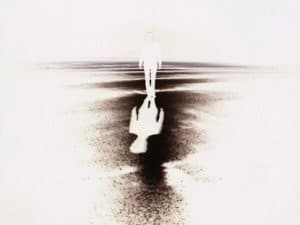 I received this letter from my brother Alex this morning. It is very personal, and at the same time, very relevant to us all. It is a real life example of how we stop creating Light/Dark Duality and move to creating a Light/Love duality.

He said I could share it with you, even though he doesn’t know how the story ends.

After reading it, have a look at your own field, your own self, and see if you too are holding onto your Dark Side.

“As with you when I was little, I would have conversations in my head with this person that would sometimes tell me things. I never saw this person and suspected that it was really me.

When little, sometimes I would have long conversations with him because the world was a weird and not a very pleasant place to be, and I had big doubts about being here… on not.

Once, when I was about 7 or 8, I seriously considered suicide.  But talking with this voice about the pros and cons of suicide, we came to the conclusion that even though life seemed like a very unpleasant place, with short burst of niceness ever so often, which my younger logical self thought it was not worth living, it was only so if you looked at it from the perspective that in a shortish amount of time everyone dear to me would get over my death, and that the planet was full of life anyway.

So one less life would not make much of a difference really. But if you looked at the bigger picture, where our planet was a very lonely island of life in a huge big universe, a universe so big and with so little intelligent life, then my life was worth a lot. So for the sake of the universe I continued living. (this being a side effect of reading about astronomy from a very young age).

The conversations carried on for years and when I was a teenager in Argentina I was sure I was simply talking to myself. The weird thing was that a lot of the time “myself” knew things which I didn’t and after some weeks or months turned out to be true.

During one of these conversations me and “myself” came to the conclusion that we were living in a pretty much rough and violent world, which of course we did at the time, and that the energy we used should be one that should be able to handle everything we faced. I used to be into martial arts so I liked to read about it. Through this, I had discovered the concept of Ying and Yang. So with “myself” we decided it was a cool thing to be a “balanced” person. This meant that from then on we had to walk the fine line of keeping in balance our bad (dark) side and our good (light) side. I have to say this worked quite well for a very long time.

During group meditations people would describe meeting beings of light. They described them as guarding angels, higher self’s, etc. In my case I describe them as higher self’s and sometimes I had three and sometimes four but the strange thing was that one of them was always from the dark side. A situation no one else seemed to have. After realizing that this being was always with me, I reached for it and saw that it represented violence, aggressiveness, selfishness, etc, etc. but that to me it was a very friendly and loving being. It was there because I called it, so that I could be a balanced person.

Now we come to the end of out time according to the Mayans. I only mention that because around the middle of December 2012 I was going through some very hard times. I had closed my software business and there was no clear professional path in front of me. This carried a lot of financial uncertainty and I was very stress out about it.

This whole situation started in September and during my meditations I constantly asked for guidance and help.  Then in December, during a meditation, I was upset that no help came to me and as I saw my higher selves and guides at an equal level to myself I told them off for not doing their part.

The answer I received was that they could not help as long as I had a hold of the dark side. I thought about this answer for a few days and I realized that I had to let go of my old friend the Dark higher self. So one day I meditated and connected with him to do just that. First I asked him what he sought about my releasing him, and he told me that he didn’t think it was a good idea, considering the times we are living in, but that it was up to me. So I told him that, because of exactly that reason, that I had to become a being of light as it’s during dark time that light is needed and I asked him to go and he left.

I have to say that it felt just like when a dear old friend leaves and we know that we won’t see him for along time. Even now I feel an emptiness where that side of “me” used to be and I do miss my old friend but I knew that the path was the right one as when he left I recognized in myself a person I hadn’t see since I was very young.

As for the last few months I can now do lighting fast meditations anywhere, I decided to meditate while having my afternoon cigarette and straight away my three other higher selves appeared and we all connected to Gaia and the stars. Which is something I do in most meditations.

This time though when I was visualizing my life energy connected to the planet via a stream of energy to the starts, these four beings of light that most definitely were not my higher selves, came down this stream of energy from the starts and surrounded me. They felt more experienced, more “real” or more external to me than my higher selves who by the way where very interested in the whole process. Well these beings surrounded me and told me that they where here to help and protect me. That I should trust in me and in life and that they would make sure everything was OK. And I did.

Right now they are still with me and little by little, day by day it feels like they are becoming a part of me. They don’t talk much but I can feel their presence all the time. Also and just as they said things are getting better in many forms. Unexpected help from family and friends and at work lots of “lucky” situations and moments are happening. Now when I meditate the words “I am light” pops up all the time. And during one of the group meditations we did during winter solstice when I connected to Gaia and the stars, which usually is a little stream of energy flowing, a huge unstoppable torrent of energy burst through me from Gaia to the stars and then back from the stars to Gaia. This also happened a second time during another meditation but this time I wasn’t so surprised. Not sure what it means though, but I’m not looking for explanations. It’s simply the way it should be.