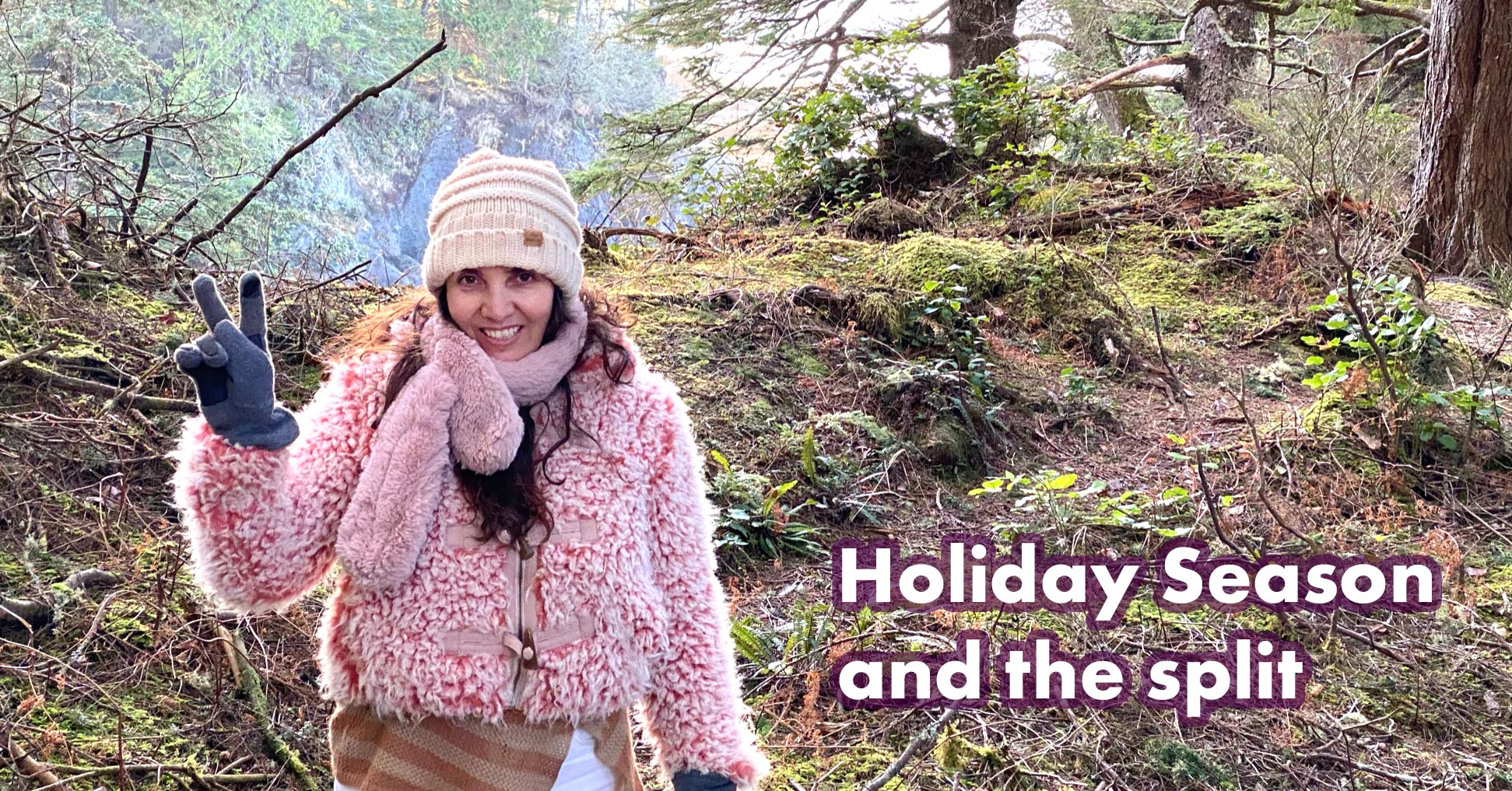 Every end of the year, I send out the following article to all my students and readers: Dealing with Friends and Family during the Holiday Season. This year, I decided we really need an extended message. So, after you read that article, I would invite you to read this one 🙂

We are in November 2021 at the writing of this article. We have had a year and half of madness around the planet. A madness that is not bigger than before, but most certainly more visible.

This year, we are faced with a situation that is greater than not getting along with our low-frequency relatives and friends. We are in a situation where our bodies and minds are literally in danger if we try to explain to them that what they are doing is wrong. If your body is health compromised, there is data in the jab manufacturer’s websites that indicates you will be in danger of getting very sick as you ingest their skin particles, breath and other shedded vaccine particles into your body.

Earlier this year, I saw and announced the true reason behind the pandemic jab drive would be disclosed during the month of October 2021. Indeed, that is exactly what happened. Many demographics around the world saw spokespersons that they follow, tell the world that the jabs were here to kill them. Period. I also saw that, at the same time as the truth disclosure, blaming the non-vaxers for the deaths of millions would be promoted heavily. This also happened.

Now, the effect that the promoters of pain and suffering wanted was for a massive wave of shock and heartbreak to overtake the human collective. They need that wave to come, and they need it very badly. However, the human collective is wiser than any of our mechanizations. The heartbreak didn’t take to the degree they needed it. And the amount of violence and pressure they wanted non-vaxers to suffer, didn’t take either.

You may ask yourself, “why didn’t these things catch on?” I know I did.

When I looked, it appeared that the resilience of the human body elemental collective is big. And, creating such powerful and negative waves on Earth is not something that any light-being wants, including those who took the jab. So, they are ignoring the information and choosing to still believe the lies they were told. Eventually the information will become accepted, but it will happen in small groups at a time. Not all at once. The heartbreak wave will spread in small increments, not one huge wave of pain and fear all over the world at once.

What does all this mean to us during the holiday season this year? It means that if your health is compromised, it’s best you don’t spend physical time with a large number of jabbed individuals. It means that if you have to do it, regardless, you need to educate yourself in ways to support your immune system bigtime.

It also means that you must not, under any circumstances, get into arguments with your friends and relatives over the vax issue. This will feed the low-frequency paradigm, and will make those who chose it stronger, and you weaker. Yup, if you get into arguments you will get weaker and more vulnerable to sickness.

One of the Buddhist scholars whose work I followed said that there are three powerful enemies to enlightenment. These are: Fear, Anger and Stupidity.

If you are told the person got vaxed and is proud of it, tell them, “I understand. Thank you for letting me know.” And change the subject. Don’t volunteer that you have not, and if they ask, you can say, “I’m thinking about the whole thing.” This is true, you are thinking about people getting jabbed and what is happening to them. They will understand that you are on the fence about it and might put some pressure on you to do it. Nod, thank them and change the subject. At all times, CHANGE THE SUBJECT.

If you step into judgment, remember that the whole vax thing is a way for people to carry out the decision they made in 2011, when everyone was given the choice about whether to stay in a Fear Based Paradigm, or a High-Frequency Paradigm. Whether people believe there is a virus or don’t believe it, whether they believe in the jabs or not, all those things are irrelevant. What is relevant is what paradigm they chose and what action they are taking to stay in that paradigm, or move out of it. Their higher self knows best, respect that.

With this said, if you follow your highest-frequency expression, the Human Collective will support your choice and will allow you to orchestrate amazing and loving experiences with your loved ones in a safe, loving and light-filled way.

Enjoy this End of Year, embody the New-Paradigm every second of every day, do your Work, and Join with Others to Create an Enlightened Society and World.